Guiding in the Auckland, Waikato and Taupo regions

If you’re looking for a personalized fly fishing experience with the most experienced fly fishing guide based out of Auckland, Neil Hirtzel is your man. Neil has been fly fishing for 50 years and has 20 years of guiding experience. He is passionate about helping others of all skill levels to enjoy the sport and can through his vast knowledge and experience tailor a tour to your particular situation.

Neil will pick you up in his late model 4x4 vehicle and transport you to the most ideal location based on your skill level and the fly fishing conditions.  He will supply all the necessary gear and make your experience as enjoyable and hassle-free as possible.

Please mention nzfishing.com when you make an enquiry or booking.

Neil's daily guiding rate is $650. This includes the costs of transport and GST. 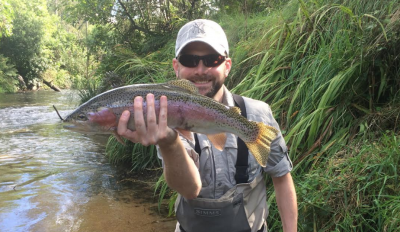 Neil operates from Auckland and is happy to develop a "Best of the North" trip to meet your expectations. This can involve any combination of the following options

Talk to Neil and he will design a trip especially for you. It will need to be a multi-day trip as it covers a lot of territory though the distance between waters is not great leaving a maximum amount of time for fishing. Remember the more time you have the more Neil can show you as he will be able to take you round the venues for the 28th World Fly Fishing competition. 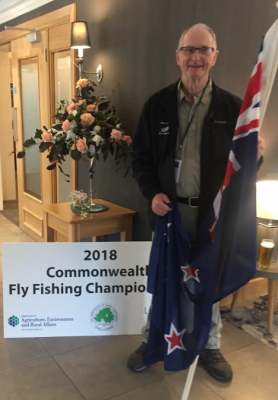 Neil has represented New Zealand in many international fly fishing competitions and has won many awards. The following shows the results of his competitive fishing. Neil's expertise is something he shares with all his clients. 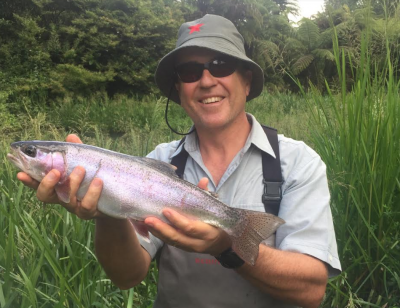 Some of the waters fished by Neil Hirtzel include the: